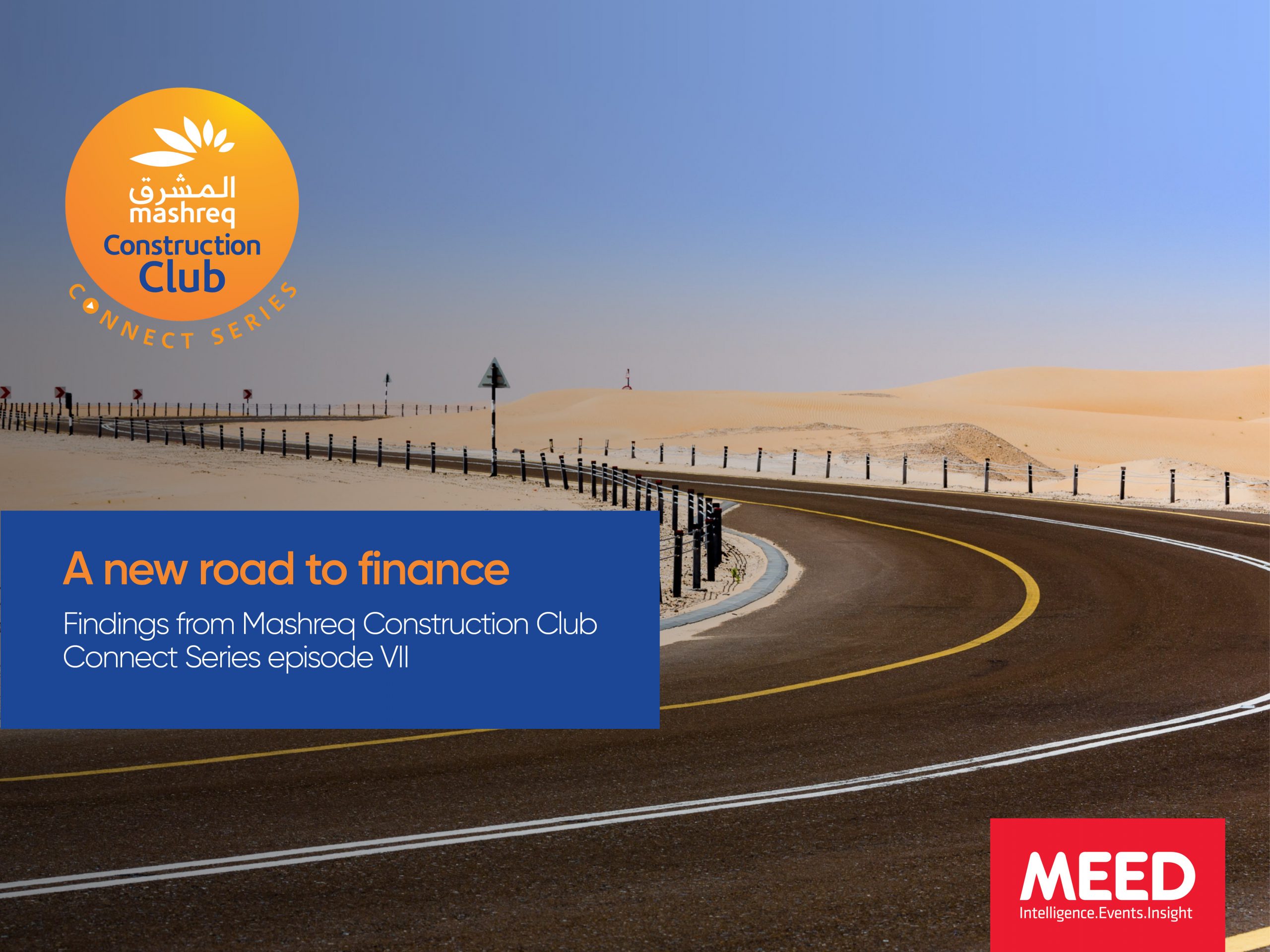 With national finances straining from weak oil prices and the unplanned spending needed to support economies through the Covid-19 pandemic, one of the biggest challenges facing governments in the coming years will be financing vital infrastructure projects.

With more than $1.1tn-worth of infrastructure projects planned or underway across the Middle East and North Africa (Mena), there is a vast pipeline of projects to be delivered as governments seek to meet the needs of future generations.

And, according to the World Bank, even this is not enough. It says that there is a $100bn shortfall between planned infrastructure investment in the Middle East, and what is needed.

One of the most important project financing routes for governments in the region is to ask private sector developers to design, build and finance national projects through public private partnerships (PPP), in return for long-term operating licenses.

PPPs have had considerable success in delivering power and water projects in the region over the past two decades. But the model has struggled to take off on other infrastructure projects.

This is set to change. Speaking on 19 November at the latest webinar in Mashreq Construction Club Connect Series, EY infrastructure advisory partner Rajeev Singh, said governments are transferring the lessons from the power sector to new areas such as transport and social infrastructure projects.

“This is in the trend of government diversification programmes,” says Singh. ”Looking at better use of capital and improving efficiency by tapping into relevant expertise.”

Singh says that governments are setting up dedicated PPP units to drive a pipeline of projects in these sectors.

“Another sector that we see emerging is social infrastructure, which includes healthcare, education and housing,” he said. ”In my opinion, this sector has been underinvested and underpenetrated. As the government ramps up delivery and services in this space, there’s significant infrastructure demand that is latent and has to come to market.”

Typically, on the power projects, sovereign offtake guarantees have been provided by governments to give assurance to investors that projects will deliver a reliable flow of revenues over the life of a project.

PPPs have had considerable success in delivering power and water projects in the region over the past two decades. But the model has struggled to take off on other infrastructure projects. This is set to change.

A few jurisdictions in the region are now moving away from sovereign guarantees.

Singh highlights an example of two Dubai Electricity and Water Authority (Dewa) projects that EY recently advised on, conducted without guarantees. He notes that bidders are prepared to accept such projects where there is a proven track record, but the situation differs from project to project based on economic feasibility.

“Most projects in early stages will require government support,” says Singh. “Governments need to decide if it’s easier to put in place guarantees or simply chip in capital on every project.”

“The power sector in particular is going through an important period of transformation in terms of procurement,” says Nanda. “Traditionally, we’ve seen greenfield procurement schemes in this space for IPPs or IWPs [independent water producer], and IWPPs where water utilities were developed as thermal desalination schemes. There is now a step change in this approach.”

“There will be a rise in number of quasi government or government-linked procurers who will recycle their capital by moving into more efficient deployment of their own capital and bringing in best-in-class for non-core businesses. And this will unleash a wave of privatisation, with a greater number of brownfield opportunities for power and water in the next 24-36 months.”

There is also an emerging shift from the single utility space into a new procurement model that Nanda tags as ‘multi-utilities procurement’.

“The best example of this are the Red Sea and Qiddiya projects in Saudi Arabia,” he says. “Here, a single developer-owner takes the responsibility for a full suite of utilities, be it potable water or sewage treatment or even telecoms. It is all bundled into one.”

Nanda says that the coming years will see an opportunity to release tied up capital through the refinancing of operating assets that were originally financed five or six years ago, before the construction phase of the project, using medium-term – mini perm – financial instruments.

He says it is “opportune to put the refinancing agenda into a fast-forward mode”, as it will optimise the best tariff for bids and the entire banking market.

Nanda also sees an opportunity to free up bank lending capacity in the region by raising capital from the debt markets though project bonds.

This introduces an opportunity for governments in the region to attract a wave of institutional investment into the region.

“The bank market is a fraction of the liquidity available in the capital markets,” says Mashreq Bank senior director of investment banking Aditya Kotibhaskar. “Given today’s rock-bottom rates and stimulus being pumped into the system, typical capital market investors leaning towards brownfield projects in ‘safer’ jurisdictions such as the UK are now all looking to deploy their money to get some pick up beyond those jurisdictions.”

“Deals so far have been on gigantic projects,” says Kotibhaskar. “But there is no harm in investing on smaller projects too, as long as they are bankable and feasible.”

Highlights from the webinar

For contractors and suppliers involved in the construction of projects, the Covid-19 crisis has increased cash flow problems caused by payment delays and a lack of new projects. Many companies are seeking to extend their borrowing facilities with their banks in order to support them through the downturn.

The consequences of companies running out of the liquidity needed to fund their ongoing operations and the commitments could be catastrophic,” says Mashreq Bank executive vice president and head of contracting finance Mohammad al-Shouli.

“Delayed payments have a domino effect on the entire supply chain,” says Al-Shouli. “This can lead to a collapse sometimes, in certain parts of the industry. Of late, the liquidity available to these companies have become even more stretched.”

Al-Shouli says that in order to mitigate the risk of cash flow problems, it is important for contractors to conduct thorough due diligence at the outset of a project, including understanding whether a project is strategic and can or cannot be delayed, and whether or not the project sponsor has enough capital to last throughout the project lifecycle.

By providing access to working capital, ECAs can help exporters to overcome any mismatch in payments faced by the exporters. They can also step in to help out exporters struggling to obtain payments in the event that banks or private insurers cannot offer such support.

“The kind of credit facilities we provide to buyers overseas provides a great deal of certainty for contractors,” says UK Export Finance senior counsellor David Moleshead. “Because our financing is ring-fenced for a contract or project, it increases confidence in the fact that the exporter will be paid because the finance is already in place.”

In order to mitigate the risk of cash flow problems, it is important for contractors to conduct thorough due diligence at the outset of a project, including understanding whether a project is strategic and can or cannot be delayed, and whether or not the project sponsor has enough capital to last throughout the project lifecycle.

Moleshead says that ECAs will be at the forefront of the post-Covid-19 economic recovery, ensuring that liquidity is available to stimulate and sustain the recovery.

UK Export Finance can even provide support to non-UK companies, he says, so long as there is a sufficient UK involvement.

Moleshead says that exporters should get contact relevant ECAs prior to negotiating their contracts.

Watch the complete on demand webinar