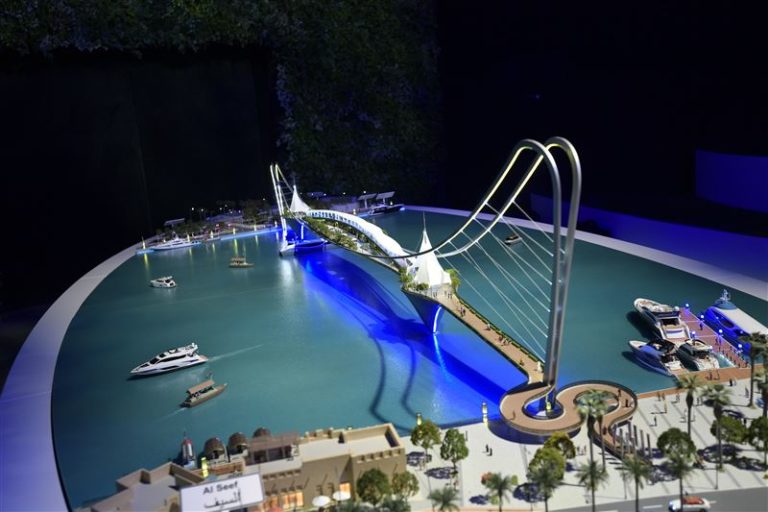 Dubai’s Roads & Transport Authority (RTA) has received approval for a series of projects, including a transit system connecting key areas along Sheikh Zayed Road, a pedestrian bridge across the Creek and a series of promenades around the city.

Sheikh Mohammed bin Rashid al-Maktoum, vice-president and prime minister of the UAE and ruler of Dubai, approved the projects on 30 April.

The transit system, known as the Skypods project, involves building and installing a 15 kilometre-long suspended transit system linking Dubai International Financial Centre, Downtown Dubai, Business Bay and City Walk. It will have 21 stations and the capacity to transit 8,400 riders per hour in each direction.

The Sky Garden project is a footbridge crossing Dubai Creek from the Seef area of Bur Dubai to Deira that is 380 metres long and 60 metres in height, with an area of 3,422 square metres. It will have different levels for cycling and pedestrians, and will feature commercial outlets and shaded areas.

There are also plans to develop a 2.5km-long promenade along Sheikh Zayed Road underneath the Dubai Metro viaduct between the Dubai World Trade Centre and Financial Centre stations.

There are also plans to build a 1.5km-long promenade on Umm Suqeim Road between Mall of the Emirates and Madinat Jumeirah. Covering an area of 28,000 sq m, it will have three main areas known as the City Hub Plaza, Time Out Plaza and Village Plaza. The project also includes a 110 metre-long pedestrian bridge across King Salman bin Abdulaziz al-Saud road with dedicated cycling and running lanes.

A promenade is planned for Jumeirah Beach Walk. It includes floating islands with a total beach area of 107,000 sq m, as well as other public spaces and retail outlets. Another outdoor space is planned for Deira known as the Deira Plaza project. It will cover an area of 35,000 sq m, and includes spaces for events and walking, along with a multi-storey parking structure.