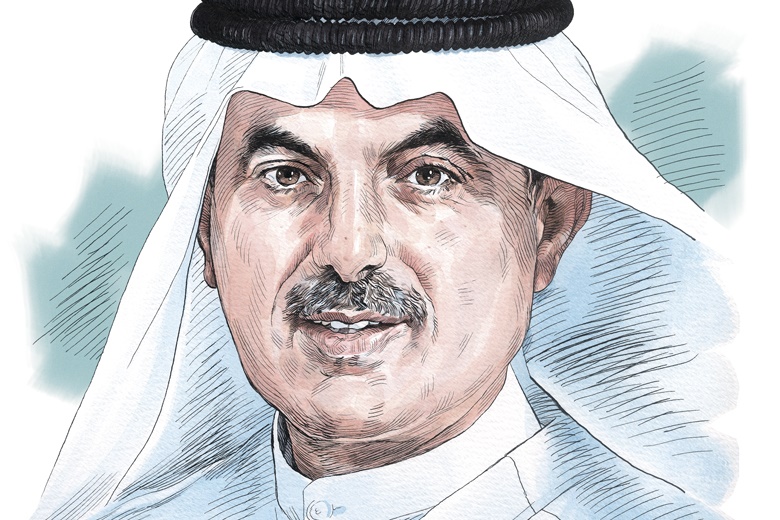 Traditionally seen as rocks of stability, banks over the past decade have been on a roller-coaster ride that has gone from the highs of the credit boom to the lows of the global financial crisis.

For banks in the Gulf, the collapse in oil prices has added extra pressures, leading to a fall in government deposits and squeezing the finances of corporate borrowers, particularly in the construction market.

Despite this, one of the region’s most senior bankers has told MEED he welcomes the drop in oil prices as an opportunity to fix some of the weaknesses in the regional economy.

In an exclusive interview with MEED, Abdul Aziz al-Ghurair, CEO of Mashreq, the UAE’s biggest private bank, and chairman of the UAE Banks Federation (UBF), says the fall in oil prices has created the opportunity to deliver much-needed reform.

“The change in oil prices is good for all,” says Al-Ghurair. “We can use the fall in oil prices to redirect the focus of people, eliminate waste and pet projects, reduce costs, improve efficiency and look at productivity. You can look at solutions outside the box and look at improving customer service.

“We have to accept the oil price at where it is today and that it is likely to stay there for some time. This is the new normal. It gives governments an opportunity to start implementing all the reforms they have been talking about, but have not been able to do. Now they can use the reduction in revenues to make changes, such as introducing value-added tax and lifting subsidies.”

Al-Ghurair joined Mashreq, his family’s bank, in 1977, and has been CEO for the past 27 years. Currently, he is leading a wide-ranging restructuring aimed at improving the bank’s lending operations. “In the past, we looked at companies by the size of their turnover – large, medium, small,” he says. “We now go by industry.”

Al-Ghurair says that over the past two years, Mashreq has restructured its commercial lending business around 15 industries spanning multiple economic sectors.

“To lend to a business, you should really understand the business, its challenges and the industry it operates in,” he says. “We think we should develop industry expertise to add value to the client in discussions and to improve banking requirements. This allows us to understand the risk. When we understand the risk, then we can undertake well-structured exposures.

“We set capacity according to the vertical and we cap exposure per vertical. The growth verticals are education, healthcare, real estate, retail trading and contracting.”

With large cash flow requirements, construction contractors are among Mashreq’s most important borrowers, giving the bank particular insight on the challenges facing contractors in the region. Al-Ghurair says the fall in oil prices has exposed problems in GCC construction practices and that it is time for change.

“Contractors have suffered in the past due to late payments by clients,” he says. “I believe contractors sometimes respond aggressively by slowing down work, or even walking off the job in protest over cash flow.

“We expect every client and government, once in [an agreement] with a contractor, to honour their commitment. It is not good that paymasters withhold money. Contractors not getting paid can trigger a big chain of defaults, which is not acceptable.”

Al-Ghurair says late changes to project designs also add to the problems in the construction industry, creating delays and opportunities for disputes.

“We see projects going to tender with half-finished designs and then, once the contract is awarded, clients change the scope and expect the contractor to carry on,” he says. “They then get hit by variations and want to sort it out at the end of the project.”

But he says the contractors themselves must also take the blame for the construction industry’s bad habits because they tolerate some of the bad practices. “Contractors are often not very contractual,” says Al-Ghurair.

He adds that as the regional construction industry grows and projects get bigger and more technically complex, local contractors will have to start adopting the practices of their international counterparts.

“We are using robotics and artificial intelligence to replace humans. Robots can scan, digitise and issue instructions”

One of the most typical criticisms of the construction industry is that the traditional practice of awarding deals to the lowest-price bidder locks in a culture of claims and disputes because it forces contractors to submit bids for work at less than the cost, in the hope that they can regain profits out of variation order claims.

But Al-Ghurair says the issues of delayed payments and late design changes are a bigger concern. “I think it is right for the owner to try to get the best price and to go out to competitive bidding,” he says. “But as a contractor, once contracted, I want payment. Nobody will accept FIDIC [a form of construction contract], which says that if you increase the scope by 20 per cent, the deal can be renegotiated.”

Many of the changes called for by Al-Ghurair have been highlighted by the fall in oil prices and the downturn in the market, but he says there are also structural changes taking place. Banking, he says, is on the cusp of a robotics revolution that is set to transform the industry.

“We are using robotics and artificial intelligence to replace humans,” says Al-Ghurair. “For repetitive processes, robots can scan, digitise and issue instructions. For example, let’s suppose you have lost your credit card. You will send an email, the robot will read this email and issue an instruction to block the card, and then issue a new card to the customer. We are moving towards total transformation. The adoption of intelligent process automation techniques spans across the use of robotics, machine learning and artificial intelligence tools.”

“It is changing dramatically,” says Al-Ghurair. “The changes in banking in the next five years will be equal to the changes of the past 50 years.”