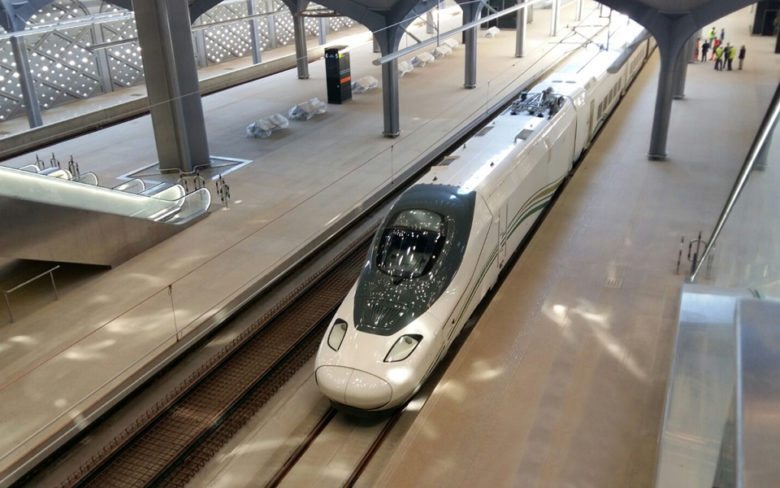 It looked like there was a bright future for the region’s rail sector in 2014.

The backlog for contractors was already there. A year earlier, there had been contract awards totalling nearly $35bn for work on new metros for Riyadh and Doha, and work was proceeding on other rail projects such as the Haramain high-speed railway in Saudi Arabia.

Further into the future, contracts were being tendered on the UAE’s Etihad Rail as well as the Mecca Metro, and consultants were either designing or bidding for work on other new rail schemes such as the Jeddah Metro, Abu Dhabi Metro, Kuwait Metro and Oman Rail.

Those plans abruptly stopped shortly after oil prices began to fall in late 2014. Etihad Rail rocked the market when it cancelled tenders, and the bids for the Mecca Metro have been in a state of limbo for more than four years. Other schemes that were at an earlier stage have stalled, with consultants either demobilising or leaving a token team working on the project in the hope that one day it will be reactivated.

The bright spot for the rail market was Dubai, where plans for a new metro link connecting to the Expo 2020 site proceeded. That project was tendered by the emirate’s Roads & Transport Authority and, after a fiercely competitive round of bidding, was awarded to a team of France’s Alstom, Spain’s Acciona and Turkey’s Gulermak in 2016.

In the two years that followed the Dubai award, no rail construction contracts were awarded in the GCC. As existing projects, most notably the Riyadh and Doha metro schemes, approached completion, there were growing concerns over whether the GCC would have the projects to retain the people and resources that it had developed over the past decade.

That all changed in 2018. After appointing a new chairman for Etihad Rail, Abu Dhabi accelerated its plans for the next stages of the rail project. It quickly appointed consultants, and, this year, contractors were signed up. The contract for package A of stage 2 was awarded to a joint venture of South Korea’s SK Engineering and Beijing-based China State Construction Engineering Corporation. That contract is for the construction of a 139 kilometre rail line in the Al-Dhafra region between Ghuweifat and Ruwais.

Contractors are also preparing to submit bids on 16 June for the contract covering package D, which involves 98km of mainline plus a 29km line to Tawyeen in Sharjah and Fujairah.

As Etihad Rail progresses, Dubai is also making moves on future Metro projects. A team comprising UK-based Atkins and Grimshaw, US-based Parsons and France’s Egis has been awarded the study and design of extensions to the Green and Red lines of the Dubai Metro.

The Green Line extension will start from its terminus at Creek station in the Jadaf area, cross over to the Dubai Creek Harbour development, and pass through Ras al-Khor, International City and Dubai Silicon Oasis, before terminating at Academic City. The line will have 11 stations.

The Red Line extension will link its terminus in Rashidiya to Mirdif City Centre. It will extend 3.5km and have one station.

Momentum is also building in Saudi Arabia. Last year, the Public Transport Authority (PTA) signed a memorandum of understanding (MoU) with a Spanish-led consortium for the development and implementation of the $3.6bn second phase of the Haramain high-speed rail linking Mecca and Medina, the kingdom’s two holiest cities.

In 2011, Spanish/local consortium Al-Shoula Group won the $8.2bn contract for the provision of rolling stock, systems, signalling, ticketing and 12-year operation and maintenance for the first phase of the Haramain high-speed railway, which entered operations earlier this month.

Also last year, an MoU was signed by Saudi Railway Company (SAR) and China Civil Engineering Construction Company (CCECC) for the estimated $10bn Saudi Landbridge scheme that will link Jeddah on the Red Sea with the capital Riyadh.

According to sources familiar with the project, the deal does not yet include the design, build and operation phases of the railway scheme.

The agreement with CCECC came after Italian engineering design firm Italferr and its local partner Arabian Consulting Engineering Centre (ACEC) completed the design for the Saudi Landbridge project in 2017.

In addition to the 960km line linking the Jeddah ports on the Red Sea with Riyadh, the design includes an option to extend the line from Jeddah to Dammam and Jubail.

The agreement with CCECC raises questions about Riyadh’s plans to use the public-private partnership (PPP) model to deliver rail projects in the future. Officials had earlier said that the Landbridge project would be delivered as a PPP project along with several other future rail schemes as part of the kingdom’s plans to use the private sector to deliver and fund future infrastructure projects.

Although it has not been used to deliver a rail project in the region, much stock has been placed in the PPP model and it has been proposed for other upcoming rail schemes in the GCC.

In Bahrain, the Transport & Telecommunications Ministry is tendering a contract to provide financial, technical and legal consultancy services for the first phase of the Bahrain light rail network project that will be procured as a PPP.

Bahrain could be a much-needed pioneer for the region. Kuwait, Oman and Dubai are also planning to use the PPP model for upcoming rail schemes, and if Bahrain is successful, it will help develop the model in the GCC.

Two years ago, the rail sector appeared entirely dependent on the PPP projects working. While PPP will remain important, the progress made on more traditionally procured projects over the past year gives the industry more options, and, more importantly, increased certainty about the future pipeline of projects.