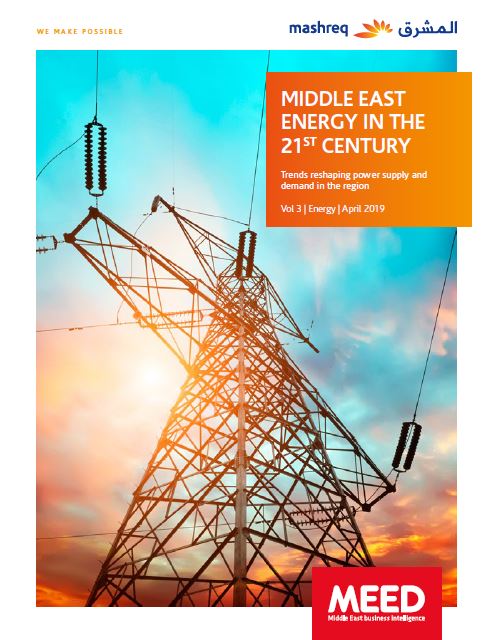 With an abundance of low-cost hydrocarbons, spending on energy supply capacity in the Middle East has traditionally focused on huge capital investments in large-scale oil and gas-fueled power and desalination plants, largely owned and operated by government utilities.

But as governments become increasingly concerned about the unsustainability of oil and gas, the approach is changing.

A focus on renewables

Across the Middle East, there is a growing interest in pursuing cleaner energy sources. Governments are rolling out energy diversification strategies that will lead to a much larger share of energy supply coming from alternative sources such as solar, wind and nuclear.

Further, Irena’s analysis suggests that achieving renewable energy deployment targets in the GCC by 2030 could save 354 million barrels of oil equivalent in fossil fuel consumption in the power sector (a 23 per cent decrease over the baseline).The International Renewable Energy Agency’s (Irena’s) 2019 Renewable Energy Market Analysis for the GCC highlights that a total of nearly 7GW in renewable power generation capacity is planned to come online by the early 2020s, led by the UAE, Oman and Kuwait.

It would also help reduce emissions by 136 million tonnes of carbon dioxide; create more than 220,000 direct jobs; and reduce water withdrawal for power production and associated fuel extraction by 11.5 trillion litres (a 17 per cent decrease).

One of the challenges facing emerging renewables such as solar and wind power is their lack of capacity to provide a reliable base-load.

When the wind drops, so does wind power generation. This is one of the key reasons why fossil fuels will continue to be the most significant component of the energy supply mix throughout the 21st century.

This will be supplemented by the expansion of nuclear power plants, which, despite controversial associations, are being transformed in terms of size, cost and security.

The development of utility-scale energy storage systems and batteries is the next frontier for the energy sector, and pioneering projects underway could have major implications for the future of renewable energy in the region.

Factors such as digitalisation and the electrification of industries are transforming not just energy supply and demand, but also the way we live and work.

In Middle East Energy in the 21st Century, MEED examines the major trends reshaping the energy sector in the Middle East and assesses its future shape in the 21st century.