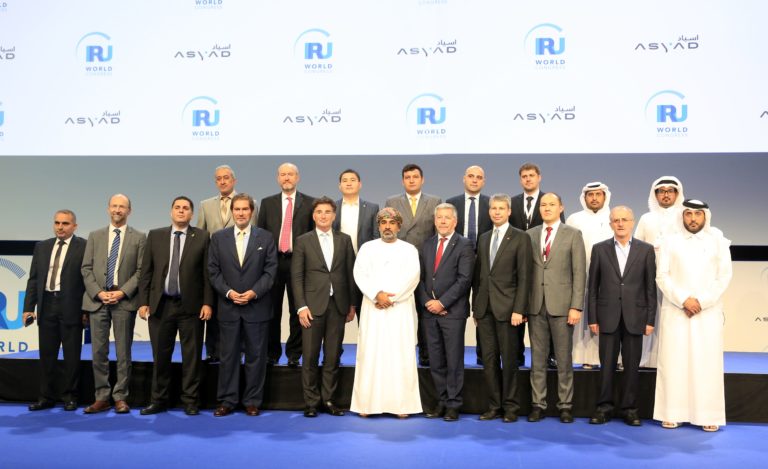 The IRU (International Road Transport Union) World Congress, held over the past two days in Muscat, has made clear Oman’s intention to aggressively pursue an expanded role within global logistics networks.

The hosting bid by Asyad, Oman’s public transport and logistics sector holding company, was itself a declaration of the sultanate’s intent to grow its presence on the world stage, and this projection of soft power was backed by concrete policy developments at the event.

The first was Oman joining as a signatory to the 1975 TIR Convention, a multilateral road transport treaty backed by a protocol for sealing and documenting freight to allow goods to pass unmolested through border customs, drastically reducing freight transit times and delays.

The agreement was signed between the IRU, which holds the UN mandate for the TIR system, public transport company Mwasalat, which will be the TIR issuing authority, and the national customs body.

The event also saw the signing of the Muscat Compact – a roadmap and principle-based framework for cooperation for collective industry action in four key areas: talent, trade, environment and innovation.

Governments from 25 countries signed the accord, which agreed in principle to the course of action to achieve industry objectives and the goals set out in the UN 2030 Agenda for Sustainable Development.

Emil Kaikiyev, minister for energy and infrastructure at the Eurasian Economic Commission, presented the agreement as “the beginning of a new proactive era for transport”, while Umberto de Pretto, secretary-general of IRU, called the event “a defining moment for the industry”.

The broader event saw Oman’s Minister of Transport and Communications Ahmed al-Futaisi highlight Oman’s goal of numbering among the top 10 logistics hubs in the world by 2040, and note: “We want to integrate with international groups and be part of international commerce.”

Addressing an audience studded with leading transport experts and futurists, he also admitted to CNN’s John Defterios that despite the sultanate’s significant investment in logistics infrastructure, it had perhaps been too modest to date in its efforts to market its assets.

Oman currently ranks among the top third of countries on the World Bank’s Logistics Performance Index (LPI), coming 43rd out of 166 companies in 2018, or five places higher that its position, in 48th place, in the 2016 edition of the biannual ranking.

Aside from the ongoing expansion in capacity and capability of its ports, Al-Futaisi highlighted the need for Oman to continue to devote energy and resources towards directives aimed at creating a suitable legal framework for future transport and logistics developments.

This point was reiterated throughout the conference, with numerous industry speakers flagging the great need for robust and responsive regulatory framework to facilitate emerging transport technology, and to allow upcoming innovations to be ushered through to commercial application.

To that end, Christian Labrot, president of the IRU, flagged the action-minded policy-making in the region and the Oman Logistics Strategy 2040 in particular as “a great example to us all”.