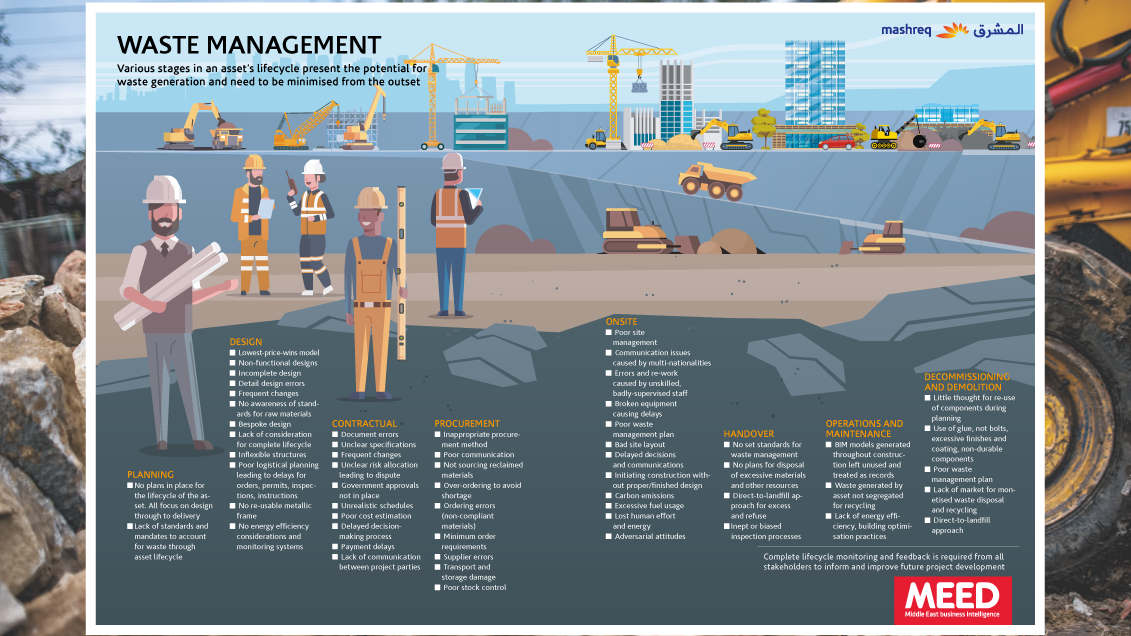 Waste is one of the biggest challenges facing UAE construction. Poor planning, lack of skills and unfair contracts combine to prevent one of the country’s most vital industries from achieving optimum performance. As a consequence, the UAE is wasting billions of dollars every year on badly executed projects.

But while leading industry figures agree that the performance of the construction industry can be significantly improved, no one can say for sure just how much time, money and energy is being wasted on projects. A simple way to measure waste is to compare the prices and deadlines agreed on contract tender bids, with the final costs and time taken to deliver the projects. The variance between the original promise and the final outcome would indicate the level of overruns. This does not allow for artificially low bid prices and unexpected technical challenges. But it provides a starting point against which improvements could be driven.

It is just as important to measure the efficiency of a building through its lifecycle. A poorly designed and poorly built structure requires far higher maintenance and operational costs that one that is well designed. There is also the issue of the energy wasted when construction and demolition material is sent to landfill rather than being recycled.

This report is produced under the MEED Mashreq Construction Partnership.To learn more about the report or the partnership, email us on MEEDMashreqPartnership@meed.com.